Pixar has long been a master of ‘what if?’ worldbuilding. But with Onward the beloved animation studio has come up with its neatest high concept yet: a fantastical planet populated by elves, fauns, centaurs and goblins, who centuries earlier discovered that science offered a much easier and more reliable way to make the realm turn than spellcasting, and modernised itself into a world much like ours today, where the magic has faded.

END_OF_DOCUMENT_TOKEN_TO_BE_REPLACED

When Jack London’s adventure novel The Call of the Wild was first published in 1903, a month after its serialisation in The Saturday Evening Post, it became an instant classic. And no wonder – London’s story about Buck, a dog stolen from his well-to-do home and sold into servitude as a sled dog in Canada’s frozen Yukon territory in the 1890s, was based on London’s own year in the region during the gold rush. Yet its authenticity was only part of its charm; it was also a vividly told adventure yarn about the triumph of the canine spirit, and an early example of a form of literature told from an animal’s point of view. The first of many film adaptations arrived in 1923, and now, nearly a century later (with many other versions in between), here’s a brand new film based on London’s legendary novel – and what a cracking movie it is.

END_OF_DOCUMENT_TOKEN_TO_BE_REPLACED

Disney+ has finally arrived in some parts of the world (the service launches in the Uk and Ireland on 31 March 2020), unleashing a slew of original content to complement their popular, perennial classics. Star Wars fans have plenty to look forward to with weekly episodes of The Mandalorian, and kids who love Toy Story can dig into the cute “Forky Asks a Question” shorts.

END_OF_DOCUMENT_TOKEN_TO_BE_REPLACED

I’m sure you’ve all heard of Dora the Explorer, Nickelodeon’s cartoon for preschoolers, and maybe you loved it, like I did, when you were younger, but now it seems silly. Now there’s a new live-action movie that brings Dora into an exciting adventure that older kids and even grown ups will love.

END_OF_DOCUMENT_TOKEN_TO_BE_REPLACED

Netflix’s first animated feature is a new take on the story of Father Christmas, aka Santa Claus. Rendered in traditional 2D animation, it comes a year after last year’s lovable live action Netflix original, The Christmas Chronicles, which was a hard act to follow. And yet… Klaus truly is a Christmas miracle.

END_OF_DOCUMENT_TOKEN_TO_BE_REPLACED

In the 30 years – 30 years! – since A Grand Day Out, Wallace and Gromit’s first adventure, Aardman Animations has produced some of the most beloved stop-motion movies, including Chicken Run (2000), Wallace & Gromit: The Curse of the Were-Rabbit (2005) and Shaun the Sheep Movie (2015), the latter based on their hit CBBC series about a mischievous young sheep and his farmyard pals – though ‘Shaun’ himself first appeared in the Wallace and Gromit short A Close Shave, in 1995. Now, Shaun is back in A Shaun the Sheep Movie: Farmageddon, and it really is out of this world.

END_OF_DOCUMENT_TOKEN_TO_BE_REPLACED

The best Amazon Prime Video films for Halloween at half term.

Abominable, Shaun the Sheep Movie: Farmageddon, Maleficent: Mistress of Evil, The Addams Family, the sublime Singin’ in the Rain re-release… Let’s face it, there are plenty of exciting cinema releases for you and the kids this half term. But cinema tickets aren’t cheap, and you can’t go to the cinema every day. So it’s good to know that, if this October’s half term turns to be as wet and blustery as the past couple of weeks, and you’re already paying your Amazon Prime subscription, there are plenty of what we like to call good movies for kids currently playing on Amazon’s Prime Video streaming service.

END_OF_DOCUMENT_TOKEN_TO_BE_REPLACED

“They’re creepy and they’re kooky, mysterious and spooky, they’re all together ooky, The Addams family.” Now, after their several television series (of which the 1960s version is the most iconic) and some live action films in the 1990s (the first two released in cinemas), the deliciously macabre family – Gomez, Morticia, Wednesday, Pugsley, Lurch and Cousin It –are back on the big screen in their first animated feature film, with directors Greg Tiernan (Thomas & Friends) and Conrad Vernon (Shrek 2, Monsters vs. Aliens) demonstrating a clear love for the original character design in Charles Addams’ 1950s New Yorker cartoons.

END_OF_DOCUMENT_TOKEN_TO_BE_REPLACED 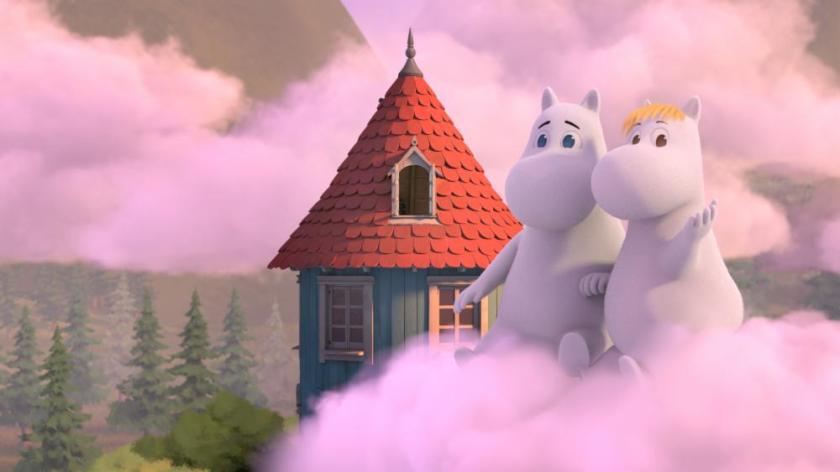 Some Finn’s gotten hold of my heart

Almost 75 years after the adventures of the Moomins first appeared in Finnish author and illustrator Tove Jansson’s The moomins and the Great Flood (1945), the hippopotamus-like creatures have captured the hearts of millions. But after numerous television series and some very odd films, we think it’s fair to say the Moomins haven’t really found their true home in the 21st century.

END_OF_DOCUMENT_TOKEN_TO_BE_REPLACED

Peter Rabbit wasn’t for everyone, but there’s no doubt it tore up the British box office, with a £50 million gross that made it the number 1 family film of 2018 (just ahead of Disney Pixar’s Coco). The film even caused some controversy, with its infamous allergy-shaming scene (in which blackberry-allergic Mr McGregor is pelted with the fruit until he goes into anaphylactic shock, prompting Telegraph critic Robbie Collin to say, “It is a horrible scene – not because allergies are comedically untouchable, but because it makes Peter an irredeemably nasty piece of work.” Still, money talks, and with $350 million in global box office – not to mention revenue from merchandising and home entertainment – a sequel was inevitable. Move over Harry Potter, the Beatrix Potter franchise is here!